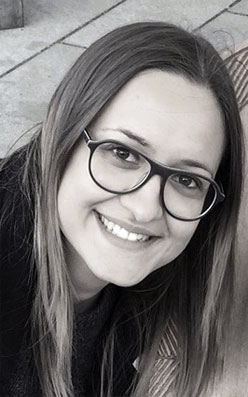 Ariane Sauer (M.A.) studied European Art History, East Asian Art History, History as well as Pre- and Early History at the Heidelberg University, Ruperto Carola and at the Saarland University Saarbrücken.
Out of her passion and great interest in the Mongolian art and cultural history which originated from an advanced seminar on “The Mongolian Empire” at the Institute for East Asian Art History in Heidelberg she developed her interdisciplinary master thesis topic:

The selected topic is a subject of the current international art which can be discussed by the “Western” Art History according to methodical and generic historical/form critical aspects and likewise, under motivic- iconographic aspects, falls within the competence of East Asian Art History.
There is a strong return to the Mongolian history and to Genghis Khan (around 1155-1227), the first Great Khan, in Mongolia since the last 25 years. At the beginning of the 13th century, he united the Mongolian tribes and created a Central Asian Empire.
While under Soviet influence Genghis Khan’s person and action had been subject to political and cultural condemnation until the 1990s, he now became a national role model in today’s Mongolia, stressed ad nauseam.
The master thesis explores questions like how this cult is being manifested in Mongolian arts, particularly in visual art, or to what extent the famous Mongolian artist Otgo was inspired by today’s Genghis Khan cult to create his comic work “The Secret History of the Mongols”.
After a description of the historical background of Mongolia in the 20th century and the provision of information about the literary monument “Secret History of the Mongols” (1228/1240), the master thesis analyses selected pictures of Otgo’s comic in terms of iconography, form and style, defines Otgo’s creative medium and the positioning of the comic within the genre.
Furthermore, the master thesis contains a comparison of Otgo’s “Genghis Khan image” inside the comic and European comic illustrations for instance of the Belgian artist Griffo and the French artist Patrick Cothias from 1997 (published in three volumes).

The topic of her bachelor’s thesis was: “Studies on the architectural pictures of Hubert Robert – Architecture in the consciousness of historical distance”(2012)