Karl Persson is a 32 year old artist who was born in Sweden and has lived in Australia for most of his life. After completing a diploma of visual art in 2003 He began his career as an artist, exhibiting in Australia, America, Germany, and Italy.

He has also been published in numerous books such as, “Hunt and Gather”, and “Metamorphosis”, and magazines such as “Girls and corpses”, “Tattoo Fest”, “Inside Artzine”, “Juxtapoz”, “Virus”, and “fire Mass”.

He currently lives in Berlin. 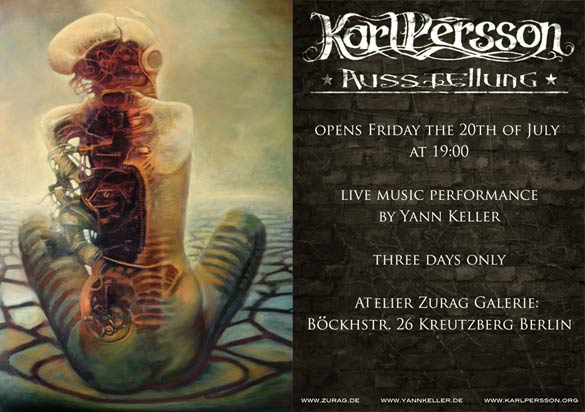