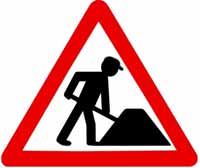 My name is Ganbold Lundaa (Gawaa). I was born in Mongolia in a traditional rural village south west Gobi. I was born the third of seven children, my father was the local council representative and my mother, the village doctor. At the age of sixteen my study was cut short by the Mongolian revolution, during this period I worked as a nomadic herdsman, on either camel or horseback. I left my village at the age of 20 to do national service. Once completed I moved to Ulaanbaatar city joining my father's new, post-revolutionary business, which traded cashmere. Soon after, I also began working for a USAID project working to help the economic development of my home region. Throughout this time, I was drawing. I would sketch the Gobi desert during my free time. It was during this period I began to learn foreign languages and travelled around my country. I also explored China and Russia. At the Invitation of my friend Mark Stibich, I had the opportunity to visit the USA. This trip was very instrumental in my life, as it opened my eyes to many art galleries and resources available to artists that I was unfamiliar with. Greatly influenced by what I had seen in the visual arts and my time abroad, I began to paint. In 2003, I returned to Mongolia and met an Australian woman, Jessie Stanley, with whom I fell in love. She brought me to Brisbane, Australia where we had a beautiful daughter called Lily. I moved to Sydney and I decided to focus solely on art. I began to explore painting and print making. My work is based on my experience as a Mongolian living in Western society. Often the materials used for my artworks are recycled, some I found on the streets, some purchased from second-hand stores, some donated. The main themes of my work include traditional oriental designs and contemporary text based paintings.