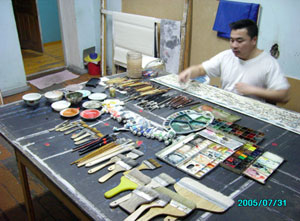 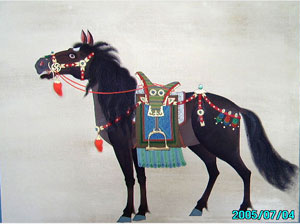 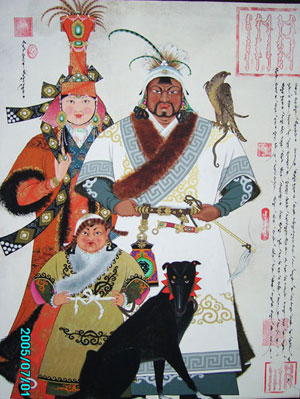 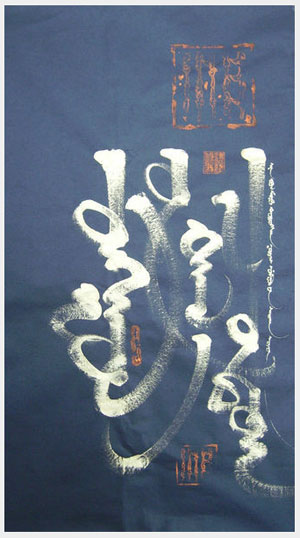 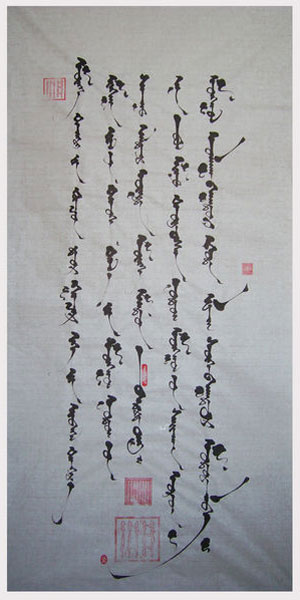 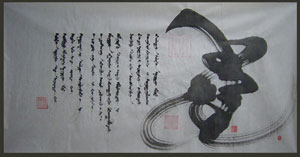 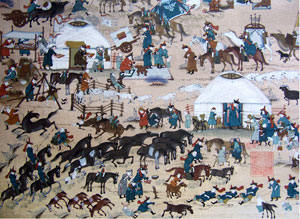 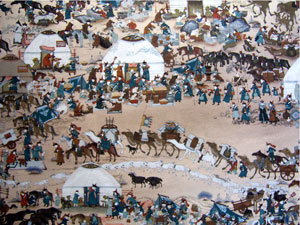 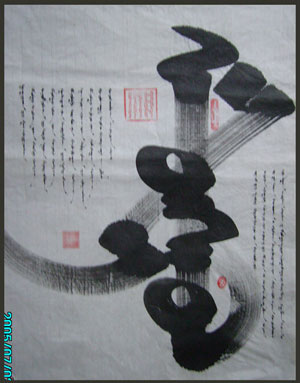 I Sukhbaatar L was born as a 3rd son of Lkhagvadorj in Dariganga, wide stretching eastern plain of Mongolia on wonderful daybreak of sunny day 15th June, 1973. During my childhood, I had graduated from the Pedagogical Institute in 1986 under manage of a teacher Jamts and I was taught my first fine art know by a teacher Chimeddorj. And then, in 1989-1993 I had studied in the Fine Art Institute of Ulaanbaatar by the profession of “Mongolian painting” in Studio of a Teacher Sergelen. Also, I have successfully participated in the International and domestic exhibition in 2001-2009. So now, I am being working as a free-style creative artist by “Calligraphy” and “Mongolian painting” since 1993 until now.  "Heaven's will" I would like to thank you from the deep of my heart for people who interested in my art created by my whole power and intelligence energy. I wish you the best of world.   Some people who have not enough information about Mongolia say that they are rude and uncivilized people who holding on whip only their hands for driving their animals, cattle. But this is a one-sided understanding, attitude. A lazy someone who does not like the hard labor, works may think about it. Our great ancestors flourished in one time and went down in other time for the history of many thousand years. 800 years ago, Chinggis Khan made the decree about declaring the state official language for inheriting this culture to the common people. The great Khan /king of Great Mongolian state's / declared, "to fear and admire the decree of great king of Great Mongolian state when the decree reaches to Mongolian and foreign people" and sealed the stamp into the decree by Shikhikhutag. Also, Chinggis Khan declared that "to edit the "Ikh zasag" law and write it to the white paper by old Mongolian script and cover by blue folder and inherit to the all generations. Our script, culture has passed the historical periods with many difficulties and achievements. We must inherit this culture to our next, future youths. If we can do it, the purpose of our lives will be fulfilled. The old Mongolian script is a premium intellectual culture of Mongolia and a symbol of the national independence. Therefore, our old Mongolian script is a world cultural important heritage and a valuable contribution of Mongolian nomadic people to the human culture heritage, fund. This script is invented according to the Mongolian dialect language in according to the Mongolian lifestyle. Because people of Mongolia reside in the wide territory, land. It is a phoneme script and a unity symbol of many nations, ethnics and was written from up to down. The character, horoscope of old Mongolian script was developed. There are type of fine writing, rapid writing of Mongolian script. But, during socialist society, this great script culture was discriminated by the influence of dependant country. By good fortune, after the democratic revolution in Mongolia, the Mongolian script was developed again. The parliament of Mongolia adopted, "the purpose of old Mongolian script national program" is to teach this script to all people, to create suitable using environment for this script. But this clause, articles of the law was not implemented in practice. "To save and distribute the culture, art by state law and regulation is not good enough, it expresses. So, I decided to leave it to our youths' heart. For this reason, the below electron page are here. 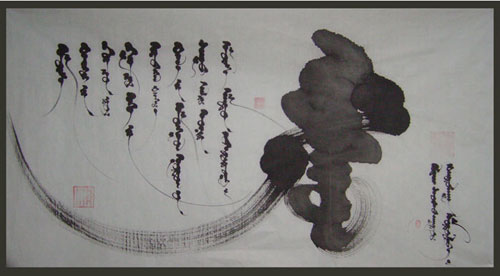 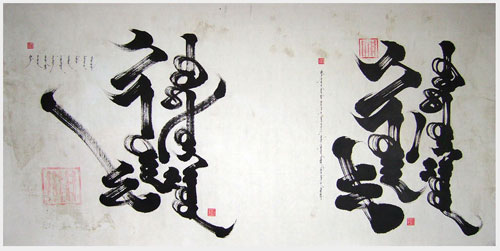 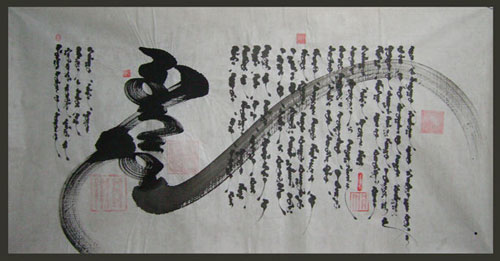 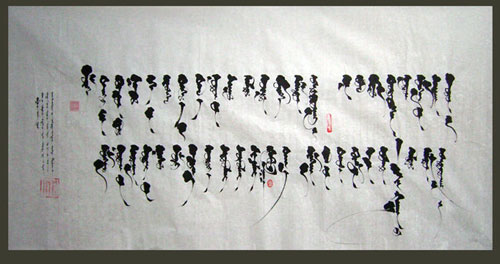